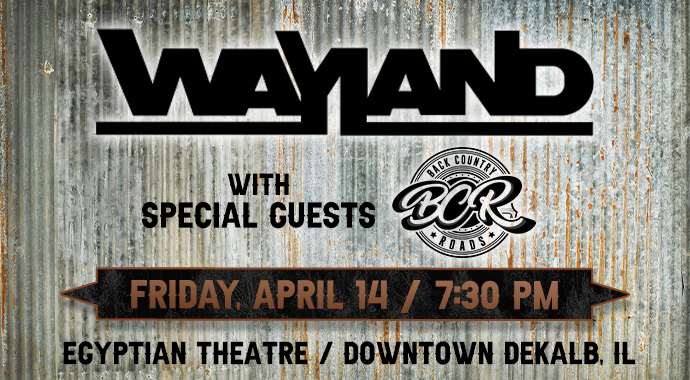 WAYLAND is working class music hailing from the town of the same name in West Michigan. They have toured the country independently for seven years selling out venues as a headliner all over the midwest, opening for cross over acts like Aaron Lewis, Shinedown, Lifehouse, Colt Ford, Blackberry Smoke, and Buckcherry, securing slots on major, national festivals, and building relationships with radio stations all over the country by singing three part harmony at seven am live on air on radio and television. This is Wayland Country, and this is working class music!

Back Country Roads is a 6 piece band based out of the Northern Illinois area. They have played at events such as Country Thunder, Wisconsin State Fair, and have been direct support for National acts such as Phil Vassar, Darryl Worley, David Lee Murphy, Neal McCoy, Love & Theft, Steel Magnolia, Keith Anderson, Easton Corbin, Granger Smith, and Eddie Montogomery. Back Country Roads plays mostly 90’s country favorites, top 40 Country hits, and some originals thrown in the mix as well.