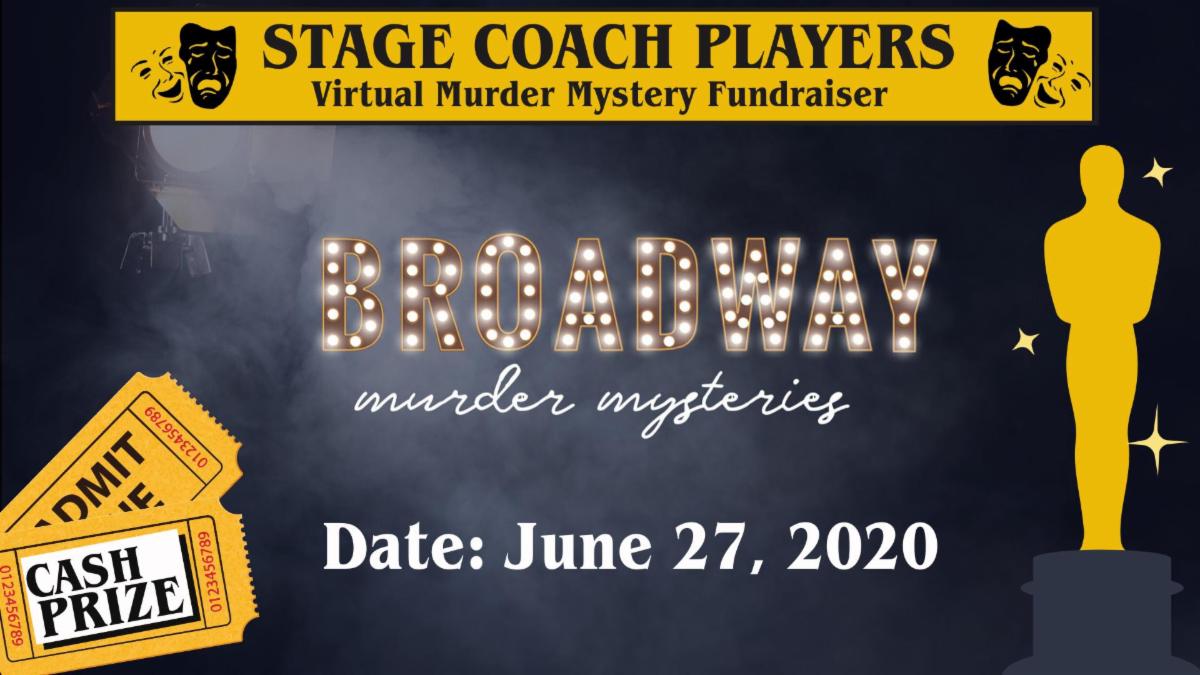 Join the Stage Coach Players for their first online Broadway murder mystery night on Saturday, June 27 at 6:00pm! The first twenty people to register will be assigned a character with a backstory, lines, and costume & makeup suggestions. Don’t worry, you can just use what you have around the house! The more creative, the better!
Don’t wait, register now at scpterri@gmail.com. RSVP by June 24th.
(35 total spaces available for the game – 15 without character assignments.)
Only $10 per person to help raise funds for our theater AND have a fabulously fun night! Trivia, awards for Best Costume, Best Actor, and more! Solve the murder and YOU could be the Cash Prize winner!
Bullets On Broadway synopsis:
It’s opening night of Murder in the First on Broadway, and nerves are high. The cast and crew are all abuzz backstage with the excitement of the lights, the sounds – and the dead body of a big-shot Broadway Producer. There lies Jack Bialystock, shot in the back center stage before the curtain could rise. Was the murderer a cast member like Anita Part, who’s making her Broadway debut tonight, or seasoned performer, Sienna Stealer? Was it the snooty theater critic, Bob Blandley, or a member of the audience like Megan Phan, who somehow wandered backstage?
There’s only one way to find out: play the game Bullets on Broadway! But hold on to your overpriced wine—the murderer may be YOU!
+ Add to Google Calendar