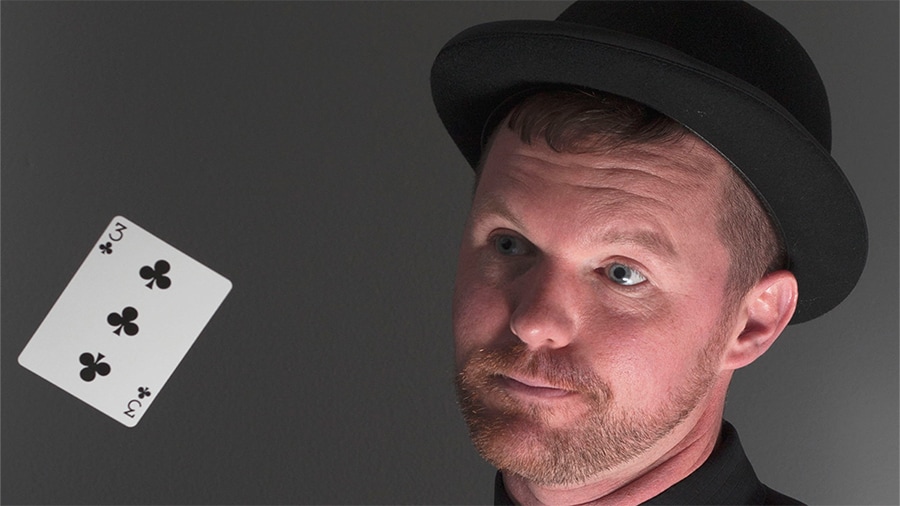 Since 1986, James Ember has been creating and performing magic.

He has performed his award winning, interactive, comedy magic show throughout the world.

Performing magic with a wild passion since he won his first talent show at the age of 6, his exceptional magical talent has been showcased at school programs, during weddings, at corporate events, on stages, on the street, and everywhere in between.

There’s one thing that drives every single one of his performances – he knows joy is contagious. It’s passed from the performer to the audience, then from audience members to each other and, by the end of the show, everyone is laughing, amazed, and having fun.