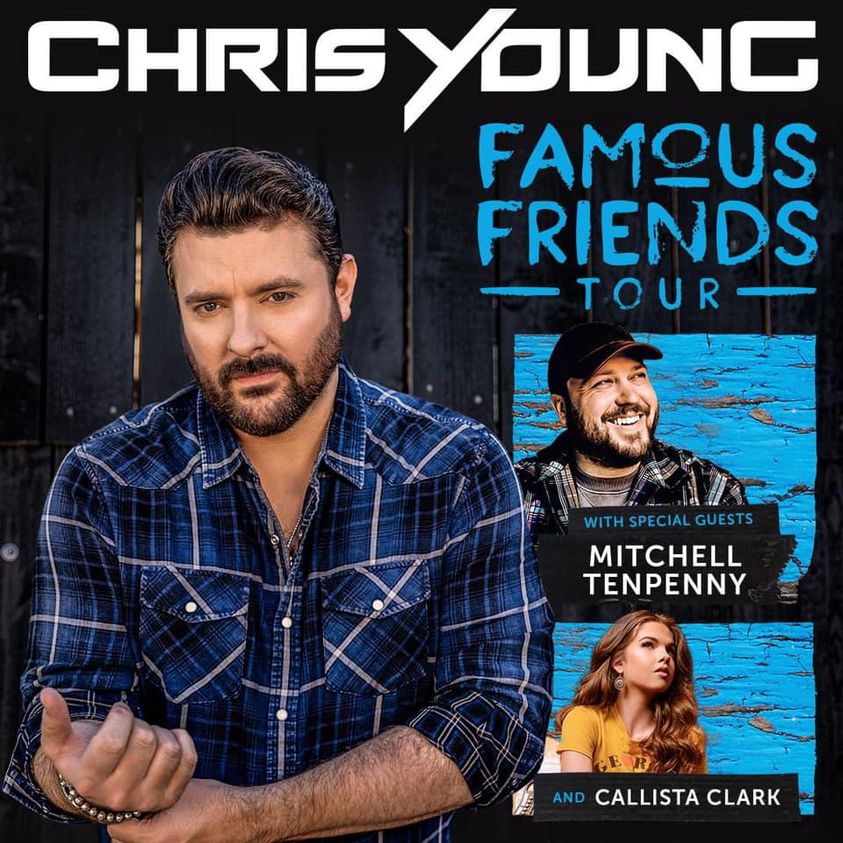 THIS EVENT HAVE BEEN POSTPONED

Tickets will be available at ticketmaster.com, by phone, or at the NIU Convocation Center box office. Tickets start at $29.75, limit 8.

Chris Young : Multi-platinum RCA Records Nashville entertainer Chris Young has accumulated an impressive list of accomplishments, including membership in the iconic Grand Ole Opry, 2 Billion on-demand streams, 12 Million singles sold, 11 career No. 1 singles, 17 R.I.A.A. Gold/Platinum/Multi-Platinum certified projects, 2 Grammy nominations, 3 Country Music Association nominations and 4 Academy of Country Music nominations. As a prolific creator, Chris has given fans 7 studio albums in 14 years including Losing Sleep, his third project in less than two years. The title track is certified Platinum while “Hangin’ On” is his ninth No. 1 as a songwriter. Losing Sleep (2017) and I’m Comin’ Over (2015) debuted at No. 1 on Billboard’s Top Country Albums Chart with “I’m Comin’ Over” becoming Young’s first 2x Platinum single.

Mitchell Tenpenny: Powerhouse vocalist Mitchell Tenpenny has fueled an undeniable breakout story with his Double Platinum-certified No. 1 hit, “Drunk Me,” from his debut album Telling All My Secrets (Riser House/Columbia Nashville). The 11-song project released last Dec. earned him 2018’s best first-week showing for a major label country debut album. Mitchell welcomed the release with performances on NBC’s “Today” and ABC’s “Jimmy Kimmel Live!,” while “Drunk Me” has been lauded by the New York Times as one of the best songs 2018, and was featured in multiple Amazon Music “Most Played” and “Best Of” year-end lists.

Callista Clark: Every song has a story and at just 17 years old Callista Clark has a lot to say. Like Maren Morris, Jennifer Nettles, Tori Kelly, Ingrid Andress and so many talented singer/ songwriters that paved the way before her, the young songstress wields her creative gifts as both a defense and an instrument of peace as she puts her heart on display with her forthcoming debut collection Real To Me via Big Machine Records. Blending her love for authentic, timeless classics with the sounds of her Country roots which sprouted from her hometown of Zebulon, Georgia, Clark “puts a fresh spin on soul phrasing” (Billboard). It’s her ability to be both assertive yet vulnerable, and empowering while brutally honest that make Real to Me such an auspicious introduction.