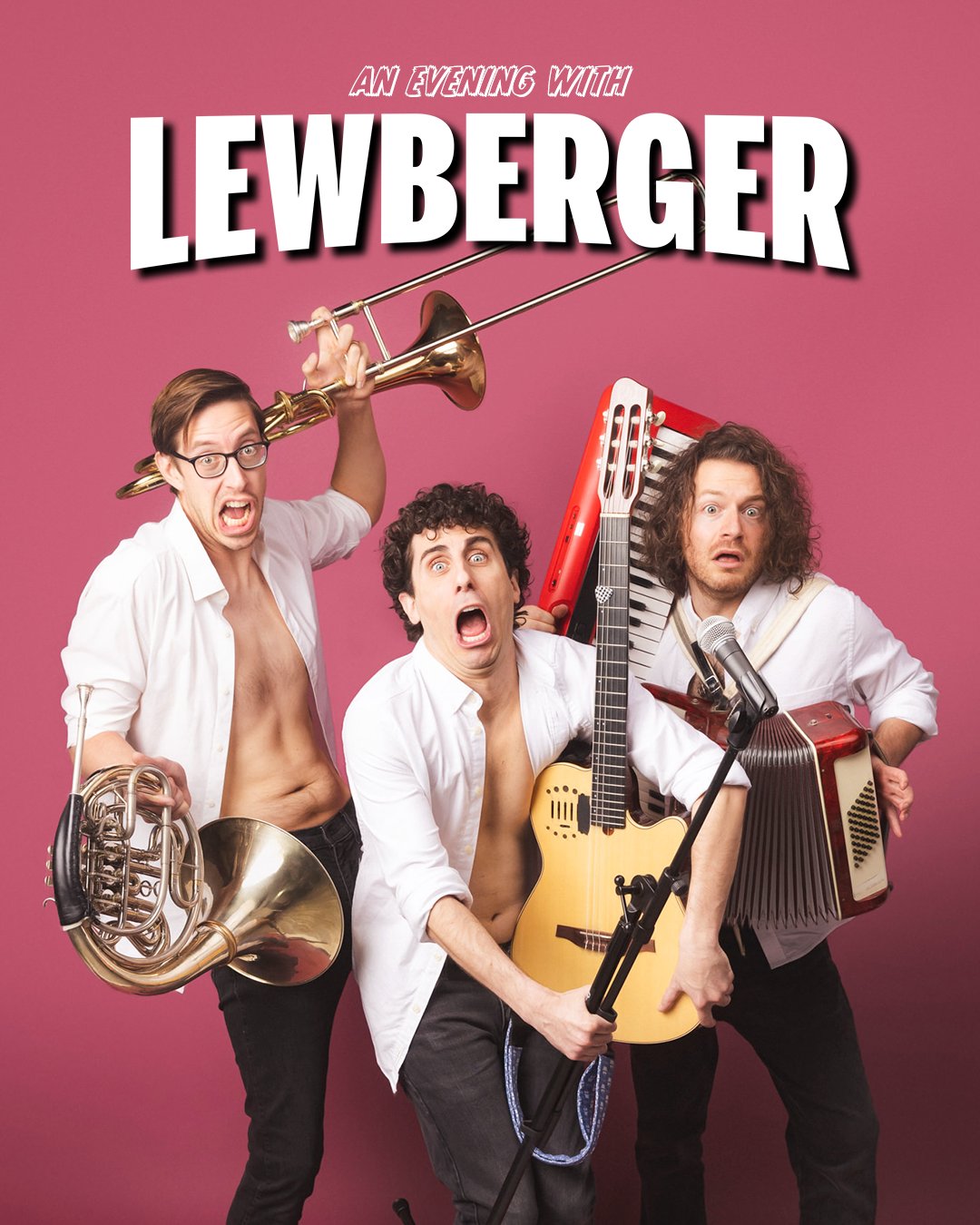 Lewberger is Keith Habersberger, Alex Lewis, and Hughie Stone Fish. This handsome 3-man comedy band based in Los Angeles, CA, got a standing ovation on America’s Got Talent and were finalists on NBC’s Bring The Funny. Their viral songs have been heard by millions online and on TV and they’ve been described as the illegitimate love child of Lonely Island and Flight of the Conchords.

Keith Habersberger is a member of internet sensations The Try Guys, boasting millions of subscribers and their own production company. Alex Lewis is an actor and comedian who can be seen on several TV shows and the movies All About Nina as well as the Valley Girl remake. Hughie Stone Fish is an Emmy Award-winning songwriter and a music producer/educator with a nonprofit bringing arts education to his hometown of Syracuse, New York.