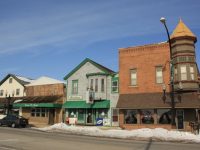 In 1994 several residents interested in having an historical museum for Waterman organized the Waterman Area Heritage Society. A permanent home was found in 1999 when the Society purchased a building at 180 West Lincoln Highway in Waterman.  The museum houses several exhibits featuring memorabilia from residents and local history including  Jack Smiley’s uniform and other items from his days at University of Illinois “Whiz Kid” and professional basketball player, Duane Swanson, a member of the U.S. Gold Medal Olympic Basketball team in Berlin in 1936 and Phones and artifacts from the early 1900’s to present day.