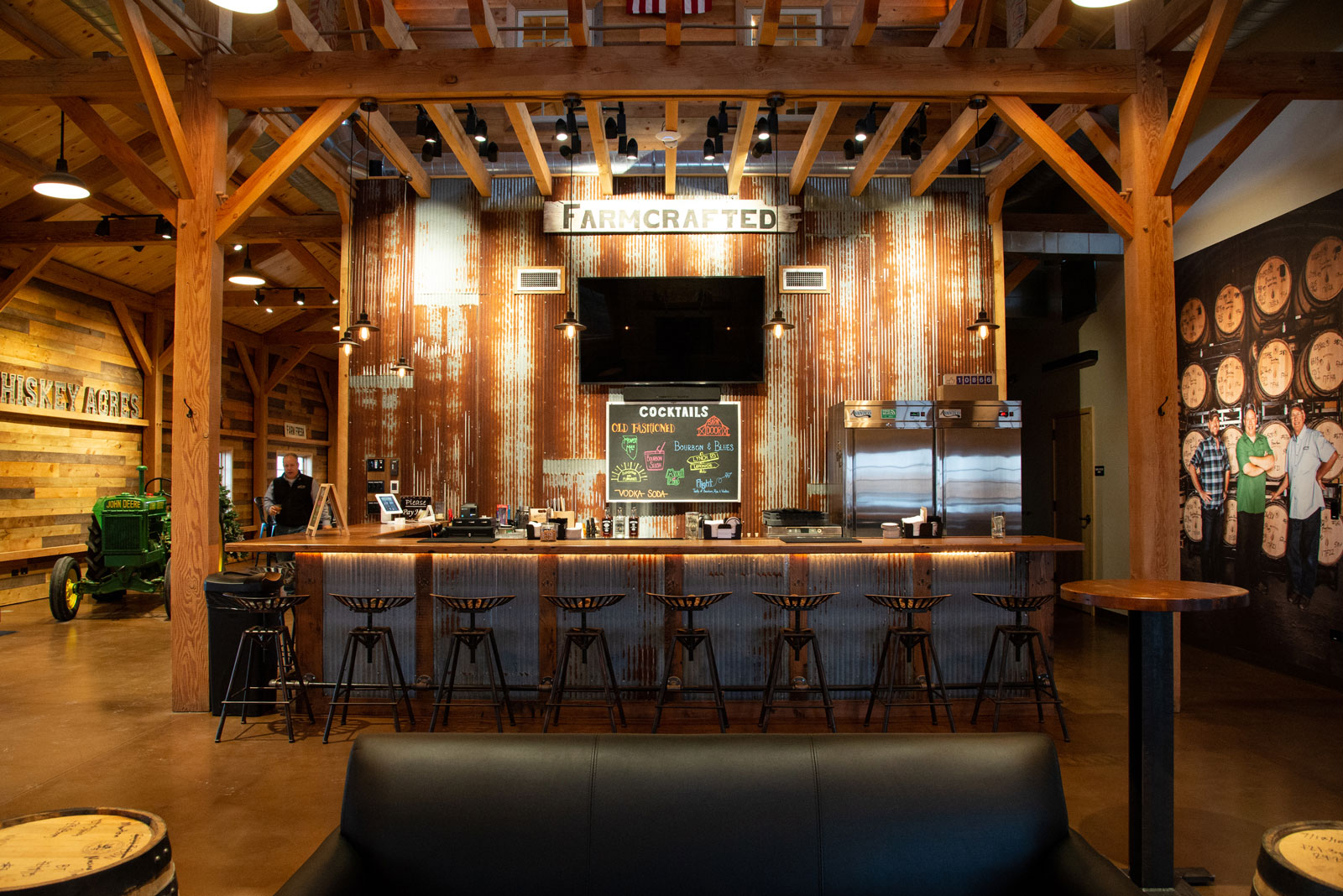 Whiskey Acres began with a dream.

“If we don’t grow, we don’t make it.”  Jamie Walter, a fifth-generation farmer and partner, stands by these words.  Every ounce of corn, rye, barley, and wheat used to make the spirits under the Whiskey Acres label is grown on the family farm.  It’s this philosophy that gives the distillery its edge in a crowded marketplace.  By controlling the crops used in their spirits, these makers are able to produce flavors unlike those found anywhere else. 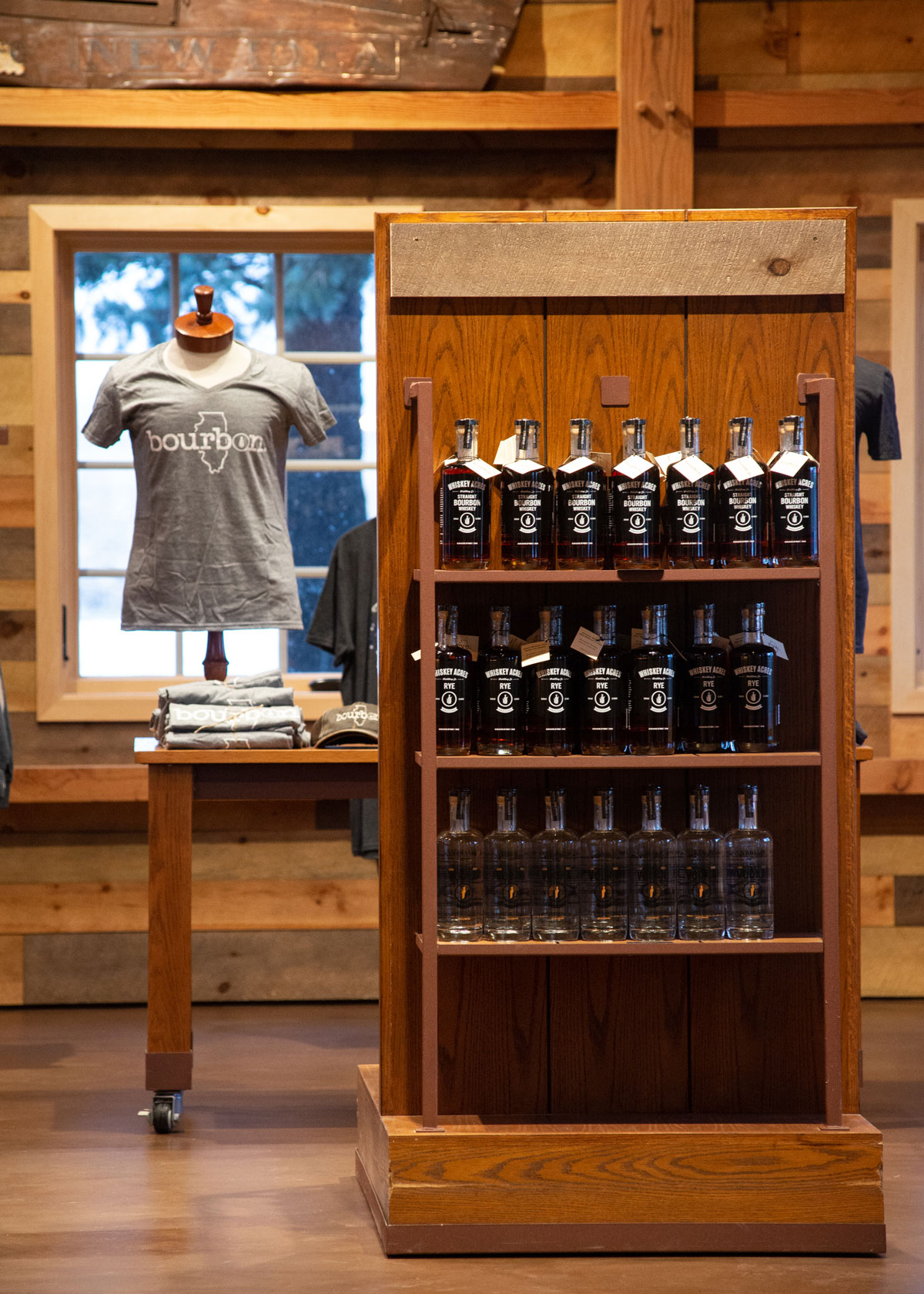 Currently, there are three core spirits available under the Whiskey Acres label: rye whiskey, bourbon, and vodka.  However, to state that is the extent of their offerings is a vast understatement.  Bourbon makes up the majority of their output and is their signature spirit.  The USDA requires any spirit labeled as such to contain 51% corn—theirs contains 75%.  As such the spirit has a unique smooth flavor that stands out from its commercial competition.  However, to say that all Whiskey Acres bourbon is the same is a severe disservice to these DeKalb area makers. 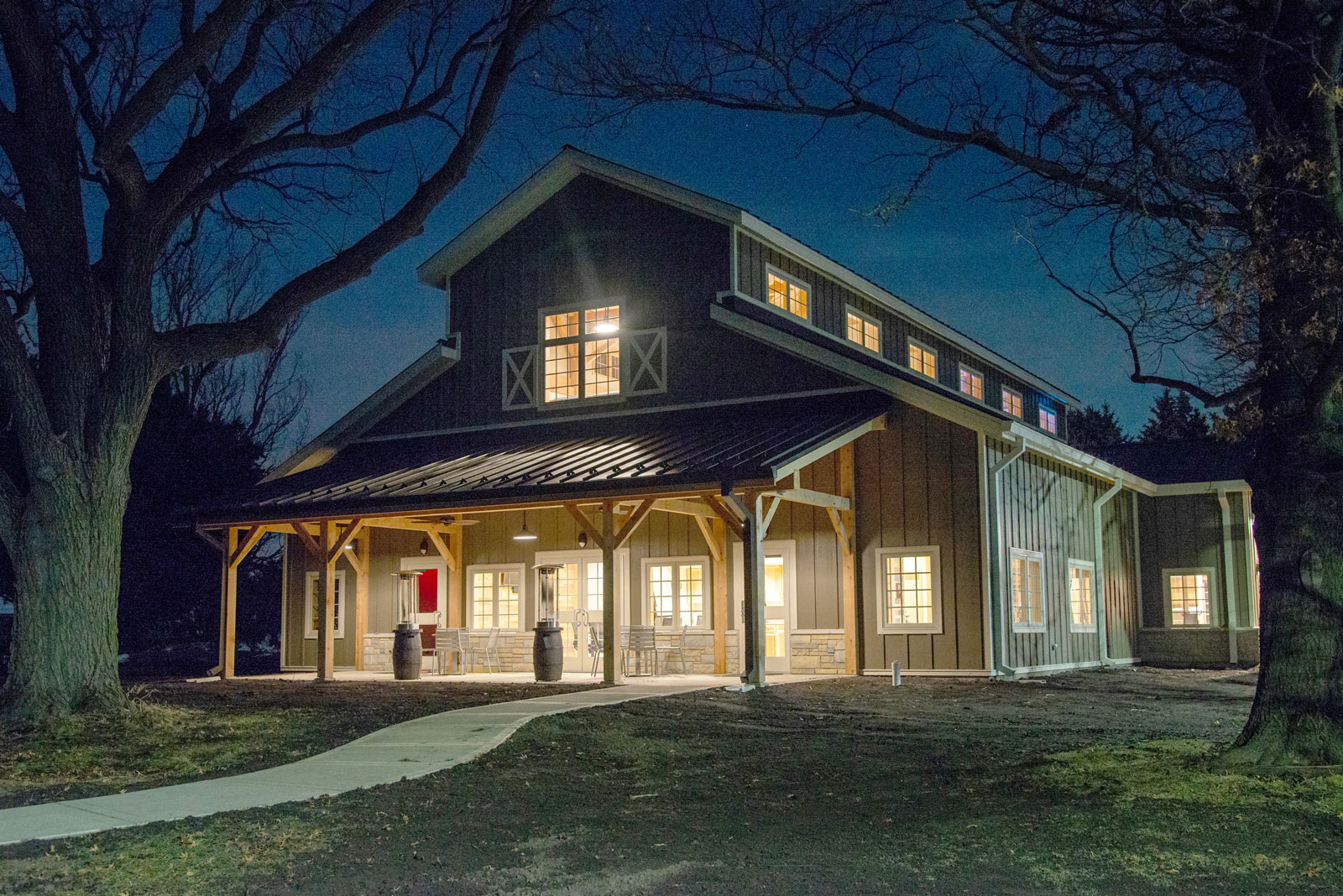 Much as different varieties of grapes produce different wines, so do different varietal expressions of corn produce differences in flavor.  Under the Artisan label, which is only available at the tasting room, the distillers have produced fine spirits made from sweet corn, bloody butcher corn, blue popcorn, and other species.  This is the result of five generations of farming knowledge being applied to the art of bourbon production.  As such, a visit to the tasting room on the farm yields access to spirits not found anywhere else in the world!

Rye Whiskey is the second most prominent spirit distilled at the farm.  Its unique flavor comes from a variety of rye grain that sources its parent seed from Canada.  There is only one other distillery in the United States that uses this particular variety.  Vodka accounts for the smallest amount of Whiskey Acres annual output, but this particular spirit is rapidly gaining a following among aficionados. Distilled entirely from corn, it has a unique butterscotch or vanilla note—making it an excellent base for sweeter cocktails.  Its unique flavor can also be attributed to the fact that it’s distilled in a whiskey still.  As a result, the Whiskey Acres vodka is run through three times, giving the spirit a signature flavor that’s unmatched. 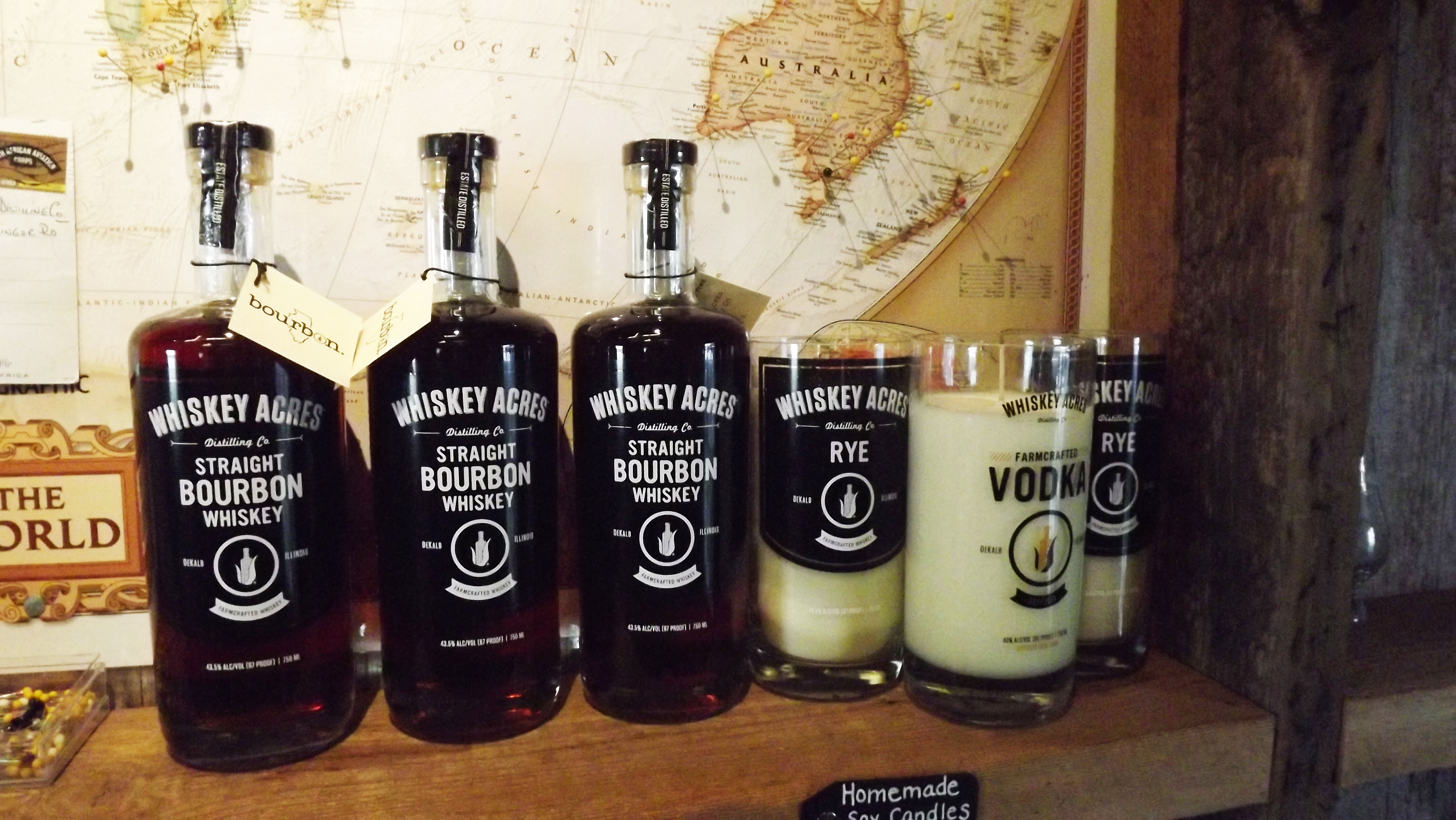 Each year, the small tasting room at the distillery attracts anywhere from 12,000 – 15,000 visitors.  As such, a brand new year-round facility will be opening in time for the holidays in 2018.  Ten times the size of the current building, the new tasting room still evokes the spirit of farming with its post and beam construction and high barn ceilings.  The goal is to provide travelers and regulars with an even more relaxed setting that is open year-round.  Lovers of fine spirits can still enjoy gathering with friends on the flagstone patio, or they can enjoy the atmosphere of the newly-opened 4,200 square foot facility.

A visit to Whiskey Acres is more than just a stop at a distillery.  It’s a visit to the country.  It’s a chance to sit back, unwind, and learn a bit about distilling and a bit about farming in one stop.  It’s a place to gather, enjoy a cocktail, and gather with friends new and old.  It’s also about experiencing a pride of craftsmanship that predominates the landscape of DeKalb County.