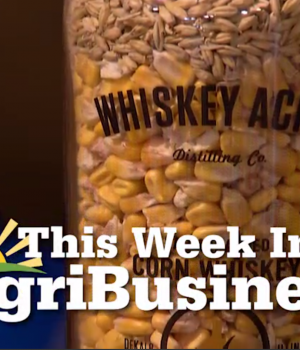 Whiskey Acres has been open to the public since late June, but celebrated its grand opening on September 11th with DeKalb County Dignitaries and Illinois Tourism Director Cory Jobe.  The event celebrated what many visitors already know, Whiskey Acres is a must see when you visit DeKalb County.

The distillery has had a busy first few months. They’ve had visitors from all seven continents and jumped to the #1 tourist destination for DeKalb on Trip Adviser. Whiskey Acres’ has a tasting room and runs tours Friday – Sunday where you can taste their whiskey and vodka and learn more about their grains, distilling processes and passion for being a seed to spirits company. The distillery is the second certified farm distillery in the US and the first in Illinois. This is a big distinction in the industry, it means that they grow all the seed (rye, corn, wheat) that goes into their spirits on the farm where they distill those same spirits.  And because of this, they control exactly what goes into each bottle allowing Whiskey Acres to use only the best grains to make their whiskey, vodka and bourbon.

The seed to spirit philosophy has caught the eye of not only visitors but the press as well. They were featured in the June Issue of Farm Progress’ Prairie Farmer and more recently in The Chicago Sun Times.  Farm Progress came back to Whiskey Acres for the grand opening and featured the distillery during a segment on This Week in Agribusiness.

If you haven’t had a chance to visit Whiskey Acres or you want to go again, they will be open into the fall. Follow them on Facebook, Twitter and Instagram for updates to their tour schedule this fall and for the official end of season information. 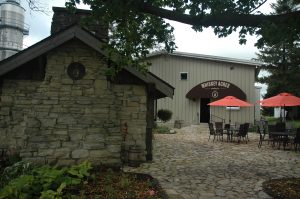 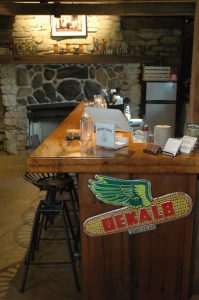 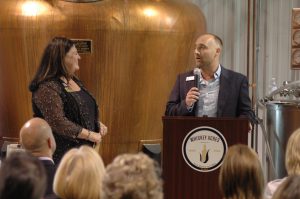 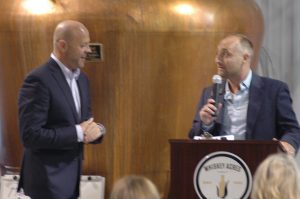 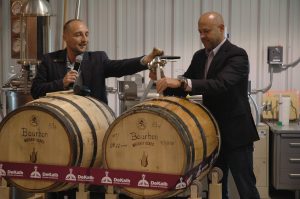 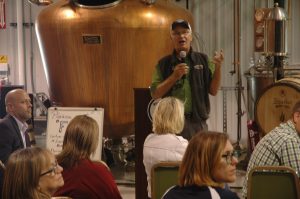 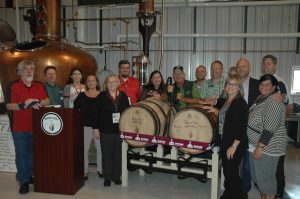 More Pictures from the Grand Opening