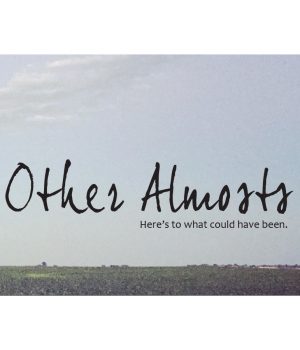 Sarah Fischer, a 2010 Sycamore High School alumna, is laying the groundwork for an independent film she has written and intends to shoot in Sycamore. The film, “Other Almosts”, tells the story of Emma, a college junior who is forced to take medical leave when she learns she is going blind. She returns to Sycamore and reconnects with her high school friends, all of whom are struggling with their own demons and uncertain futures. Fischer presented her plans for the film at a recent assembly at Sycamore High School, where she discussed the process of writing, producing and filming her own work.

Fischer initially set the Other Almosts in the Pacific Northwest, but everything changed when she learned about the Hometown Heroes Rally championships that is being sponsored by the Seed&Spark crowdfunding site and the Duplass Brothers, well-known producers of indie films. The rally is a crowdfunding contest that gave Fischer the opportunity she’d been waiting for and a vehicle by which she could fund her film, all while involving the hometown she loves. Winners of the contest will receive $25,000, and the Duplass Brothers will serve as executive producers.

With a revised screenplay and unbridled enthusiasm, Fischer returned to Sycamore seeking community support for her film. She explained that “Winners of the Rally will be determined in part by the level of excitement, support, and involvement they can generate in their hometown. That support will be measured not only by the donations we receive but also by the number of “follows” we gather from our supporters. I have felt the way that people support one another in this community. From the teachers I had to the businesses I worked in during high school, everyone I encountered encouraged me to have faith in myself and to dream big. They also taught me the resilience and perseverance it takes to make it in a challenging world like filmmaking.”

The Hometown Heroes Rally begins on September 12 and runs through October 13. You can learn more and support the film at seedandspark.com/fund/otheralmosts. “Other Almosts” will be shot around the time of the 2018 Pumpkin Fest.