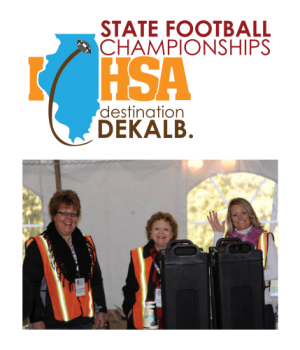 The IHSA state football season is underway and that means we are less than four months away from the State Championships coming back to DeKalb County and NIU’s Huskie Stadium! In 2013, 30,000 fans cheered on the 16 teams competing for football’s top spots in the state. The IHSA Destination DeKalb team did not welcome and host these enthusiastic fans on their own, we help from some amazing volunteers.