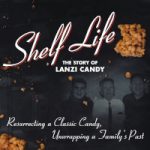 The Egyptian Theatre in Downtown DeKalb will be screening DeKalb native and NIU alumnus Michael Lahey’s documentary Shelf Life on Saturday, May 2 at 7 p.m.

The documentary features the Lanzi Candy Company. For sixty years, Lanzi Candy Company was one of dozens of family-run confectioneries that alongside candy giants Brach’s, Mars, and Wrigley, earned Chicago the title “Candy Capital of the World.” Its founder, Elmo Lanzi, was a real-life Willie Wonka–a creator of unique candies made from machines that he invented. His most famous confection, Lanzi’s Cashew Nut Crunch, would achieve national cult status, while transforming him into a local celebrity. Like many first-generation immigrants, Elmo had hoped to pass down the family business to his children. But this never happened, and ten years after selling the company to outsiders, Lanzi Candy was gone.

Also, be sure to join us after the screening for a post-film question and answer session with DeKalb native and director Michael Lahey.

Tickets are only $10 and offer a $2 discount for students and seniors 65 and over. Tickets can be purchased at the Egyptian Theatre box office during box office hours (Tuesday/Wednesday/Thursday 3-6 PM), online at www.egyptiantheatre.org or by calling the box office at 815-758-1225.