CANCELED: Joan Aubele: The Power of Faith hosted by the DeKalb Public Library

CANCELED: Joan Aubele: The Power of Faith hosted by the DeKalb Public Library 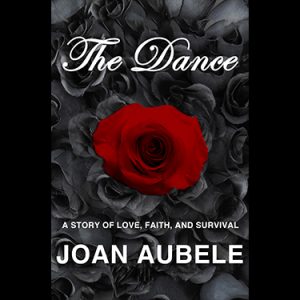 Author and speaker, Joan Aubele has brought her story to life to many Churches, Hospitals, Libraries, Relay For Life events, and other venues. Join Joan for her inspirational presentation as she celebrates her thirty year cancer free anniversary this March, and shares her amazing tale of survival. Autographed copies of her memoir, The Dance—A Story of Love, Faith, and Survival, will be available for purchase that day.

The Dance is about a twenty-nine year old mother to three small children who is diagnosed with terminal cancer and told to make her funeral arrangement. Instead of succumbing to the given death sentence, she decides to fight. Vast prayer requests from family, friends, and self, lead to actual Miracles and Joan over comes every hurdle she faces. Twenty-five years in the making, she humbly shares her victory as an inspiration to all. This deluxe second edition of her best seller includes a letter from her oncologist which puts things into perspective, and a bonus chapter of her next book “Hearts Ablaze – The Ripples We Create.”

Joan was born and raised in Chicago, and resides in rural Lake Holiday, Illinois, with her husband Carl. They’ve raised three daughters, and to date, have four grandchildren. Several years ago, Joan’s oldest daughter treated her to a weekend inspirational Christian women’s conference. She dreams of someday being one of those speakers, to help make a difference in people’s lives.

Although spending time with her family remains her number one priority, Joan is now fulfilling her dream of becoming one of those speakers.

This program is free and open to all. No registration is required. It is sponsored by the Friends of the DeKalb Public Library.