Documentary Series: When They See Us 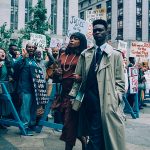 Since the documentary was released by Netflix it has been viewed by over 23 million membership owners. This documentary series follows the true story of the Central Park jogger case of 1989, exploring the lives of five suspects who were prosecuted on charges related the sexual assault of a female victim. This documentary will be shown as followed: Part One (August 8), Part Two (August 14), Part Three (August 28) and Part Four (Early September). They will all be shown at 5:30 p.m. in the Zimmerman Meeting Room.

Due to the content of this series we are limiting it to ages 18 or older.

Promoting Your Non-Profit on a Limited Budget